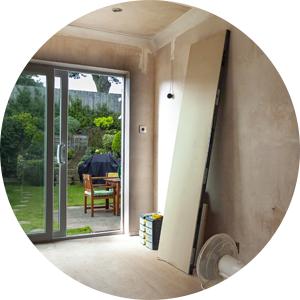 Are you a building owner planning to carry out an extension or works to a wall, ceiling or floor shared with another property?

If you are the building owner…

Under The Party Wall, etc Act 1996 you are required to serve a Party Wall Notice upon your neighbour – “the adjoining owner” (or in some cases, “the occupier”) – to obtain their consent or dissent before the notifiable work starts, which is intended to safeguard their interests.

If their consent is not received… you as the building owner and your adjoining neighbour are then considered to be ‘in dispute’. Under the Party Wall etc. Act 1996, a Party Wall Surveyor must be appointed to resolve the dispute by a Party Wall Award, often referred to as the ‘Agreement’ or the ‘Party Wall Agreement’.

PLEASE NOTE: The adjoining owner does not have the right to choose as to whether the notifiable works can proceed as, in most cases, only planning can stop you building on your own land.

If the Adjoining Owner or Occupier does dissent and wants to invoke the Act, it is at this point that a surveyor is appointed by both parties, which can be a single “Agreed” surveyor, and a Party Wall Award is served on the parties before the notifiable works can proceed.

Serving a Notice must also be considered if you are planning: 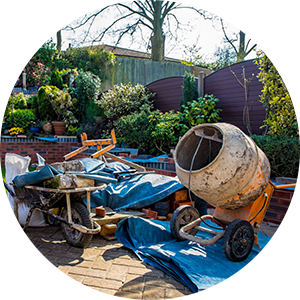 Are you the next door neighbour concerned or confused over the contents of a Party Wall Notice served prior to work proceeding?

If your adjoining neighbour is the building owner…

To safeguard your interests, a key task is to assess the work proposals and determine initial impact on your property.
You may need to contact a Party Wall Surveyor to discuss.*

To identify and evaluate any potential risk to the adjoining building owners property, drawings are required to be thoroughly checked and structural calculations may also be analysed by a ‘Checking’ engineer, where necessary, to ensure they are complete and correct.

Where notifiable works are proposed, under The Party Wall etc. Act 1996 your adjoining neighbour, who proposes to carry out the works, is required to serve a Party Wall Notice to obtain your consent or dissent before work starts.

What is a *Schedule of Condition?

A record of an Adjoining Owner’s property taken by an independent surveyor, which can be used as evidence if an adjoining owner brings a claim under the Party Wall, etc Act 1996, and protect the building owner from false claims being brought. 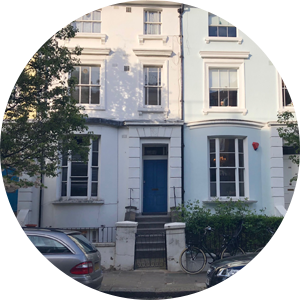 Are you and an adjoining neighbour considering an ‘Agreed’ surveyor which is quicker and more cost-efficient?

If the building owner and adjoining neighbour share an ‘Agreed’ surveyor…

which is an appointment often favoured by a building owner as it is quicker and more cost-efficient.

It also means that no ‘third surveyor’ would be required if a dispute arises because both owners have appointed their own Party Wall surveyor who will determine all disputes, and make fair and reasonable decisions.

Under section 10 of the Party Wall etc. Act 1996, where a dispute arises, both building owner and adjoining neighbour shall appoint their own surveyor or ‘agree’ to the appointment of one surveyor, known as the ‘Agreed’ surveyor.

The appointment of an Agreed Surveyor can only be withdrawn or cancelled if they become incapable of carrying out their duties, which they will confirm in writing. This also means that a surveyor cannot be dismissed or annulled if either building owner or adjoining neighbour disagrees with a decision.

North London Party Wall Surveyors can act as the ‘Agreed’ Surveyor if both owners accept the appointment.

This site uses cookies. By continuing to browse the site, you are agreeing to our use of cookies.

We may request cookies to be set on your device. We use cookies to let us know when you visit our websites, how you interact with us, to enrich your user experience, and to customize your relationship with our website.

Click on the different category headings to find out more. You can also change some of your preferences. Note that blocking some types of cookies may impact your experience on our websites and the services we are able to offer.

These cookies are strictly necessary to provide you with services available through our website and to use some of its features.

Because these cookies are strictly necessary to deliver the website, you cannot refuse them without impacting how our site functions. You can block or delete them by changing your browser settings and force blocking all cookies on this website.

We also use different external services like Google Webfonts, Google Maps and external Video providers. Since these providers may collect personal data like your IP address we allow you to block them here. Please be aware that this might heavily reduce the functionality and appearance of our site. Changes will take effect once you reload the page.